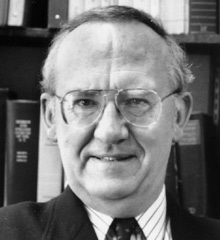 As is often the case with biblical books, the first sentence stands as the title for the entire book (see also Ecclesiastes 1:1; Song of SolomonThird king of Israel who was known for wisdom and building the first Temple 1:1; IsaiahIsaiah, son of Amoz, who prophesied in Jerusalem, is included among the prophets of the eighth century B.C.E. (along with Amos, Hosea, and Micah)–preachers who boldly proclaimed God’s word of judgment against the economic, social, and religious disorders of their time. 1:1).

The thematic statement, “The fear of the LORD is the beginning of wisdom,” frames this opening section (1:7; 9:10). The purpose of the book is stated in 1:2-7. Dominated by imperative verbs, 1:8-9:18 takes the form of instruction.

This segment consists mainly of short sayings or “proverbs” dealing with a variety of topics. Such sayings are characterized by shortness, sense, and salt.

A good many of the sayings in this section have parallels in the Egyptian wisdomWisdom encompasses the qualities of experience, knowledge, and good judgment.  The Old Testament book of Proverbs, which sometimes invokes a Woman as the personification of Wisdom, is a collection of aphorisms and moral teachings. Along with other biblical passages, it teaches, “The fear of the… collection, The Wisdom of Amenemope.

Noteworthy in this short collection of sayings is the use of the “autobiographical stylization” form in 24:30-34.

Here is a collection of miscellaneous sayings gathered at the time of Solomon (about 961-922 B.C.E.), then preserved in the royal libraries and passed on with expansions and annotations at the time of HezekiahJudean king noted for his reforms in time of Isaiah (about 715-687 B.C.E.)

The identity of this king is not known. In the original Hebrew, each of the verses in 10-31 begins with a successive letter of the Hebrew alphabet, for ease in memorization.