Alexander the GreatMacedonian leader who conquered the Persian empire and began spreading Greek culture into the east., the king of Macedonia in northern Greece, set out on one of the most extensive military expeditions in history in 334 B.C.E. His armies swept eastward, conquering the Persian Empire and eventually reaching the border of India. As part of this campaign, he captured Jerusalem in 332 B.C.E. This ended more than two centuries of Persian rule over Judea.

Following Alexander’s death in 323, his empire was divided among several of his generals. One of these, named Seleucus, governed Asia Minor (modern Turkey) and Syria. Another, named Ptolemy, governed Egypt. They established the Seleucid and Ptolemaic dynasties. In years to come, the rulers of these kingdoms would vie for control of Palestine, which lay between Syria and Egypt.

Alexander’s conquests introduced Greek culture into the eastern Mediterranean world. This culture was known as “Hellenism.” Cities such as Alexandria in Egypt became influential centers of Greek learning. The Greek language replaced Aramaic as the principal language for trade, education, and international relations. The cities of the Decapolis (east of Galilee and Samaria), mentioned in the New Testament, were centers of Hellenistic culture.

Jewish people lived in towns and cities throughout the Hellenistic world. Some had resided in Babylonia since the time of the exile centuries before. Others moved outside of Palestine for economic reasons. There were important Jewish communities in Egypt, Syria, Asia Minor, and many other places.

Jewish life revolved around two centers: the templeThe Jerusalem temple, unlike the tabernacle, was a permanent structure, although (like the tabernacle) it was a place of worship and religious activity. On one occasion Jesus felt such activity was unacceptable and, as reported in all four Gospels, drove from the temple those engaged... and the TorahThe Torah is the law of Moses, also known as the first five books of the Bible. To many the Torah is a combination of history, theology, and a legal or ritual guide.. The temple was located in Jerusalem, and it remained the one place where sacrifices could be offered. There were, however, increasing numbers of local gatherings or “synagogues” where Jews could read Scripture and pray together. These synagogues helped Jews everywhere maintain a sense of community and tradition.

The Torah included the stories and laws that shaped Jewish life. Practices like circumcisionCircumcision is an act of cutting off part of a male (or female) sex organ for religious or health reasons. In the Bible circumcision was performed on males to indicate inclusion into the Jewish religious community. Some church calendars commemorate January 1 as the Circumcision..., eating kosher food, and observing the SabbathSabbath is a weekly day of rest, the seventh day, observed on Saturday in Judaism and on Sunday in Christianity. In the book of Genesis, God rested on the seventh day; in the Gospel accounts Jesus and his disciples are criticized by some for not... helped Jews maintain a distinctive identity under Hellenistic rule. The Torah, of course, was written in Hebrew. To keep it accessible to Jews who no longer spoke Hebrew, it was translated into Greek during this period. Traditionally it was said that the Torah was translated in Alexandria, Egypt, by a group of seventy-two scholars. Therefore, this translation–which eventually included the Law, Prophets, and other Writings–was called the SeptuagintThe Septuagint is a pre-Christian (third to first century BCE) Greek translation of the Jewish Scriptures. It is believed that the term Septuagint derives from the number of scholars-seventy (or seventy-two)-who reputedly did the work of translation., a word based on the Greek word for seventy. 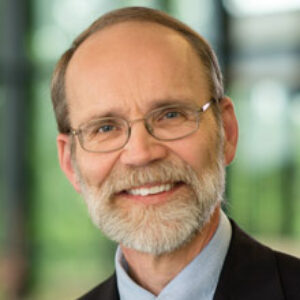 Craig Koester received a B.A. from Saint Olaf College, an M.Div. from Luther Theological Seminary, and a Ph.D. from Union Theological Seminary in New York. He served as a parish pastor for several years in Princeton, Minnesota, and joined the faculty of Luther Seminary in 1986. He was appointed to the Asher O. and Carrie Nasby chair of New Testament Studies in 2012 and served as Vice President for Academic Affairs and Academic Dean from 2013-2018. An innovative teacher, Dr. Koester is known for his “Genesis to Revelation” course, which uses visuals, music, and drama to take people through the sweep of the biblical story in ten days. As a scholar, Dr. Koester has contributed to discussions of Scripture in the academy and the church. His books include landmark commentaries on Hebrews (2001) and Revelation (2014) for the Anchor Yale Commentary series. In Johannine studies, he is known for his Symbolism in the Fourth Gospel (2nd edition, 2003), The Word of Life: A Theology of John’s Gospel (2008), and numerous articles.
All Posts