Craig Koester received a B.A. from Saint Olaf College, an M.Div. from Luther Theological Seminary, and a Ph.D. from Union Theological Seminary in New York. He served as a parish pastor for several years in Princeton, Minnesota, and joined the faculty of Luther Seminary in 1986. He was appointed to the Asher O. and Carrie Nasby chair of New Testament Studies in 2012 and served as Vice President for Academic Affairs and Academic Dean from 2013-2018. An innovative teacher, Dr. Koester is known for his “Genesis to Revelation” course, which uses visuals, music, and drama to take people through the sweep of the biblical story in ten days. As a scholar, Dr. Koester has contributed to discussions of Scripture in the academy and the church. His books include landmark commentaries on Hebrews (2001) and Revelation (2014) for the Anchor Yale Commentary series. In Johannine studies, he is known for his Symbolism in the Fourth Gospel (2nd edition, 2003), The Word of Life: A Theology of John’s Gospel (2008), and numerous articles. 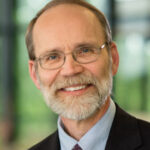 Revelation: Is the End Near?

The ‘I Am’ Sayings in John

The Context of Revelation

Ways of Reading the Book of Revelation

Revelation: The Beast and the Lamb

John 3: You Must Be Born Again

My Favorite Part of the Christmas Story