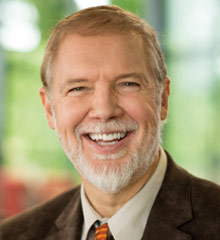 The relationships among this letter, the Gospel of John, and the other two letters remain unresolved issues among biblical scholars. The letter is likely written by the same person or people responsible for the Gospel of John. It is probably older than 1 John, but its relationship to 2 John remains an open question. One idea is that both 2 and 3 John were written at the same time, one to the church at large (2 John) and one to a key leader in a house churchIn the early days of Christianity, the social and political climate was not always favorable to followers of Jesus and they could not meet publicly. Rather some would gather in homes of fellow Christians to break bread, give thanks to God, and sing psalms and… (3 John).

We know almost nothing about Diotrephes. Scholars debate whether he was a false teacher or a church leader and what was his general relationship to John the Elder. He does not seem to have been a false teacher, in contrast with the “antichrists” of 1 John. It is significant that issues of leadership and proper discipleship were so important to the mission and character of the early church. Here they are clearly linked to ongoing community in Christ (vv. 9-10).

The role of Gaius in the local church and his relationship to John the Elder remain questions that concern biblical scholars. John writes to him in a familiar, familial way, calling Gaius his child (v. 4) and “beloved” (vv. 2, 5). John’s authority seems to be rather informal, whereas Gaius may well have been an official of some kind in the local house church.