Be Where God Needs Me

A bilingual teacher relies on God's promises to reassure his terrified students.

“Están aquí para llevarnos ahora?”  (“Are they coming to take us away now?”)

My second graders were terrified.

I was a teacher in a bilingual classroom of all Spanish-speaking students in Green Bay, Wisconsin. My students, along with their families, were Mexican migrants. Almost all of them had been actively recruited by employer agents in Mexico to work in the meat-packing plants of Green Bay (hence the “Green Bay Packers”). Some had papers; others didn’t. During one period, all had heard the news of immigration and customs enforcement (ICE) raiding mega confinement cattle operations and meat-packing plants to round up workers who did not have the necessary papers. All my students and their families were anxious.

JesusJesus is the Messiah whose life, death, and resurrection are God's saving act for humanity More reminds all who worry, “You are of more value than many sparrows.”

One morning at the beginning of the day our principal, who lived in deep solidarity with his students, issued a strong message. He declared, with his voice trembling, that no one would come into the school to take his students away. He rightly explained: that would be illegal. My students, sitting on the rug in my classroom listening to the principal they loved, were restless. They knew that they might not be taken, but that their parents were more vulnerable. Raids could leave them parentless. With the air crackling with tension, we went into our morning routine.

Hear Jesus say, “Come to me all who are weary and carrying heavy burdens.”

About an hour into the day and without a knock, two people in blue uniforms came into my classroom. Our room was just down the hall from the office, the first bilingual room visited. My children looked at me with expressions unlike I had ever seen before. It was a standoff with two large, unfamiliar men. After a long moment of terrified silence, my student Irma whispered, whimpered with resignation, “Están aquí para llevarnos ahora?” I said something in Spanish that basically communicated, “Over my dead body! They will not take you.”

These unwelcome guests came at precisely the wrong time, but I was in the right place. They were well-intentioned fire inspectors making routine rounds of the building, not aware of what they had walked into. I jumped up, told the kids I’d be back in a moment, left the door open as I stepped out into the hallway with the firefighters. I quietly told them this was REALLY not the right time. They were most compassionate, and immediately turned and left the building, going out the nearest door. I went back to my students, their bodies goose-bumpy and their hair glistening with sweat. The conversation that followed was not in the lesson plans. I gathered them on the rug, as a hen gathers her chicks. I told them that I loved them. I did love them. I hugged them, blessed them, and calmed them.

My call has always been to protect the vulnerable and the fearful; sheltering those who have to ask, “Are they coming to take us away now?”

Before teaching, I had been a parish pastor for about 16 years in western Minnesota, Iowa, and for a while in Green Bay. God began to redirect me when I met a couple of neighborhood kids in Green Bay on a Good Friday. These kids had snuck into Trinity Lutheran Church and were looking for food in the church kitchen. They were hungry. I fed them.

They showed up again two days later on Easter morning. There they were, sitting in a crowded church directly in front of the pulpit where no one else dared sit. When I saw them, especially Julia, during the procession looking at me from the front pew, my life changed … instantaneously. I went back to college (my fellow students affectionately called me “Dad”), survived algebra, received my bilingual/ESL teaching license, left my parish, and entered the bilingual classroom.

MosesProphet who led Israel out of Egypt to the Promised Land and received the law at Sinai More saw a burning bush; JonahA rebellious prophet who fled from the Lord's command, only to be delivered by a big and fish and bring about the repentance of Nineveh More was thrown from the boat into the unknown; the disciples were told to leave their familiar nets behind. I too was re-directed and thrown off-balance, to arrive where God needed me to be.

I taught for 8½ years … ministry at its deepest and most consequential. I believe I am the only ELCA pastor ever called by a Synod Council into the “Ministry of Teaching and Learning” in a K-12 public-school setting. (A lack of specificity in the ELCA constitution allowed it. My bishop, good humored but tired of filling out paperwork every year to extend my ordained status, did the detective work.)

This condensed story touches the heart of the Gospel from so many directions. What do you see? Looking back, I can recognize the Gospel and Scripture itself as a living, integrated word in the midst of life’s surprises and complexities.

About 9 years ago, I moved once again and left my classroom behind. With disappointment, and unable to find a teaching position in Toledo, Ohio, I was led to the synod bishop’s door. Unexpectedly, I belong in parish ministry now, in ways I did not before. I am a much different pastor than I once was. More than ever, I am keenly aware of the song that continues to play in my heart: to be open to what God places in front of me.

I am so very thankful for Julia who changed my life, and Irma whose eyes turned to me for protection and comfort. I am thankful for the fire inspectors also, who revealed my hidden instinct to put everything on the line for the least among us. 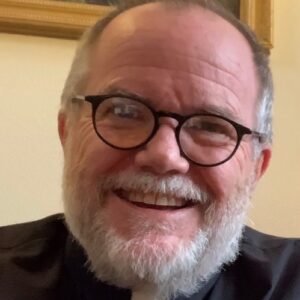 Pastor Nathan Tuff is Lead Pastor at Olivet Lutheran Church in Sylvania, Ohio. He spent his childhood on the mission field with his parents in Papua New Guinea. He graduated from Luther College in 1983, majoring in Spanish and Art and worked as a commercial artist in Clinton, Iowa. He married Kim Nielsen in 1987. He received his M.Div. from Luther Northwestern Seminary in St. Paul in 1988. He has served communities of faith in Murdock, Minnesota; Conroy and Norway, Iowa; Green Bay, Wisconsin; Napoleon, Ohio, and Sylvania, Ohio. He taught at Doty Elementary School in Green Bay, Wisconsin.
All Posts

Matthew 25:1-46 – Three Parables of Waiting in the Meantime

Matthew 4:1-11 – Jesus Is Tested in the Wilderness

The Bible and Justice

This Moment Needs a Song 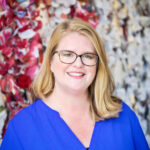