How Should We Talk with Young People about the ‘Adult Content’ in the Bible?

How do we, as adults, balance the need to help our children gain biblical literacy with the equally important priority of remaining sensitive to what is developmentally appropriate?

One day after class, a colleague asked about the day’s lecture topic.

Smiling, she announced that EstherQueen in Persia who prevented an anti-Jewish pogrom More was her preschool daughter’s favorite story. “It’s a delightful story,” I said agreeably. Despite my cheery tone, I was quite certain that the version of Esther I discussed in class was not the same version that charmed my colleague’s young daughter. I doubt, for instance, that her daughter was aware of what happened when the beautiful ladies of the kingdom came for their “one night with the king” (Esther 2:14). Not surprisingly, neither Veggie Tales nor the recent Hollywood adaptation, The Book of Esther, gives us a peek behind the palace walls.

But this anecdote raises an interesting set of questions that are relevant to anyone charged with the spiritual development of young people: Are there texts in the Bible that children, tweens and teens simply should not read, at least until they reach a certain age? And perhaps more importantly, when it is determined that children are ready to encounter such texts, how should they be introduced? And by whom? Youth ministers? Pastors? Parents? College professors? When is it appropriate to put the Bible’s “texts of terror” on display, and how does one go about doing it? How do we, as adults, balance the need to help our children gain biblical literacy with the equally important priority of remaining sensitive to what is developmentally appropriate?

These issues, as you might imagine, are not simple, nor are they limited to the 21st. century. Origen and Jerome relate a tradition, for instance, in which Jewish boys under the age of 30 are not permitted to read the Song of Songs! If the tradition Jerome and Origen relate is true, it suggests that readers both present and past have struggled with when and how to introduce readers to the Bible’s “adult” content. The wisdomWisdom encompasses the qualities of experience, knowledge, and good judgment.  The Old Testament book of Proverbs, which sometimes invokes a Woman as the personification of Wisdom, is a collection of aphorisms and moral teachings. Along with other biblical passages, it teaches, "The fear of the... More of the ages would seem to suggest that, when it comes to reading the Bible, parental guidance is indeed suggested.

Determining when it is appropriate to introduce youth to the Bible’s adult content is not something that can be discussed in such a brief article. What interests me, rather, is the whole matter of how one might introduce such texts to youth for the first time, at whatever age they might be. To this end, I want to discuss more specifically the following question:

Within the context of Christian discipleship, how do we introduce youth (defined broadly as pre-adults) to aspects of the Bible that are disturbing or simply “adult” in nature, and in a way that nurtures critical, thoughtful, vibrant faith?

In response to this question, I offer a number of suggestions. My goal here is neither to be exhaustive nor definitive. Rather, I hope simply to break open a conversation that will be helpful to pastors, parents, and youth leaders alike.

Shouldering even a little bit of responsibility for children’s spiritual development can stir up anxieties: Will I know what to do/say when X happens? What do I do if s/he does this, or acts in this manner? How do I create an enriching environment that won’t leave him/her scarred for life? Where is God in all of this? These anxieties, in turn, are only amplified around the Bible, especially those texts in the Bible that don’t make it into Children’s Bibles and Veggie Tales remixes.

As a starting point, we need to lean hard into the faithfulness of God, recognizing that what we bring to the task isn’t all that is available. Servants from MosesProphet who led Israel out of Egypt to the Promised Land and received the law at Sinai More to JeremiahProphet who condemned Judah's infidelity to God, warned of Babylonian conquest, and promised a new covenant More have questioned whether they are adequate to the tasks to which they have been called (see Exodus 3:1–4:17; Jeremiah 1:4-19). But in each of these cases God meets their fears and objections with promises, words, and signs that God will provide for the tasks to which God has called them.

To those of us called to minister to children, God also promises to meet us, empower us, and equip us for the sake of the children whom God loves so deeply. Sometimes God will meet us with new ideas, partners on the path, and resources to equip us. At other times, God will meet us with the courage to respond to difficult questions with, “I don’t know.”

2. Create a Culture of Critical Inquiry

Speaking of questions, if we want to develop in children a faith that is critical, thoughtful, and vibrant, it is crucial that we, as adults, create a safe space in which youth can ask their own questions of the texts — any questions, even when they upset treasured beliefs and values. In fact, I suggest that, when introducing a new text we should begin with what our youth see in the text. What do they love about the story we are introducing to them? What do they hate about it? What in the story is just weird? Does the text scare, thrill, or trouble them? What does this text say to them about God? What does it say about humans? CreationCreation, in biblical terms, is the universe as we know or perceive it. Genesis says that in the beginning God created the heavens and the earth. In the book of Revelation (which speaks of end times) the author declares that God created all things and... More? If they could rewrite the story in any way they wanted, what would they change?

The point here is not to wrangle our youth into the “right” interpretation of the text. Rather, the hope is to get our youth personally engaged with Scripture, so they discover for themselves its twists and turns, and connect them to biblical texts in a way that is grounded in where they are at that moment in life. Children need to know that their perspective on Scripture is not only welcomed but highly valued.

Related to this last point, we need to do a better job of introducing youth to the Bible’s own questions.2 American Christianity too often encourages us to think of the Bible as a book of answers. But we forget that it is also a book of questions, abundant and deep questions. The questions the Bible asks are sometimes put in interrogative form (“Will not the judge of all the earth do what is right?” [Genesis 18:25]; “My God, my God, why have you forsaken me?” [Psalm 22:1]; “Of all the commandments, which is the most important?” [Mark 12:28], etc.), and at other times, they are apparent by the topics it chooses to address: Who created the world? Why do we sin? Where is God? What is God doing in, among, against, and for us? We should show our youth that, while the Bible does witness to the truth of God, it also — as a deeply human collection of texts — raises questions about God, the world, and human identity.

Many of these questions are destabilizing to traditional forms of theology, which are often, in turn, tied in to institutions and power networks. But we should celebrate when our youth challenge and call into question long-held beliefs. Too often in the church we are quick to silence uncomfortable questions, especially when those questions pick at long-held beliefs, practices, and tradition. But this kind of questioning is precisely what we need to encourage in our children. Keep in the mind that the Reformation itself would never have happened if dissenting voices, with their inconvenient questions, had been silenced. After all, the seed for the next Reformation may reside in our children’s questions.

As a parent or leader, make sure that you know something about the texts you are introducing to your youth. Don’t enter a difficult conversation without preparing yourself. Read the text, jot down your own questions, and consult a few commentaries, books, and reference sources. In fact, as a starting point, here are a few study Bibles and one-volume commentaries/handbooks that are academically sound and accessible to non-specialists:

No one can be prepared for every question or know everything there is about the Bible. And let’s not forget children’s tendency to raise the most challenging questions at the most inconvenient times! With that said, and when time permits, we can be diligent at least to map the terrain, explore some of its gullies and peaks, and familiarize ourselves with some of its prominent features.

4. Read in an Intergenerational Community

Finally, I would encourage us to read difficult texts in an intergenerational community. Time is a remarkable teacher. We learn as we age, but we also forget. Age-specific issues tend to give us a different perspective on biblical texts, and the whole array of perspectives is valuable, especially for youth who are encountering biblical texts for the first time. By reading difficult texts intergenerationally, in other words, we allow our youth to see how context influences interpretation, not just the Bible’s context, but our own. The Spirit is active and speaking in a wide variety of contexts. When one considers the sad shape of religious discourse in America, and its obsession with what the Bible “means,” it’s all the more important to expose youth to the concept that Scripture can contain multiple meanings and interpretations.

In short, when it comes time to reading difficult texts, make the experience an intergenerational one. Include older siblings, grandparents, aunts, uncles, godparents, trusted congregation members, and others. The more diverse the group, the better! Sit around the Bible and a bowl of ice cream, talking about the text, listening to one another’s perspectives, and digging deeply into Scripture. Let your child/student see that wrestling with challenging texts is okay, no matter what age she or he may be.

1. I would like to thank Dr. AndrewOne of Jesus' disciples More Root for his expert feedback at the earliest stages of this essay’s development. In particular, the sections dealing with intergenerational interpretation bear his stamp. Dr. Cameron Howard also has my gratitude for sharing a number of insightful tips and stories about her own adventures in parenting her son through the Bible. Finally, thanks are also due to Erika Benson-Buller, a Children Youth and Family M.Div. student at Luther Seminary, for her keen feedback on this essay.

2. I want to thank Dr. Mary Jane Haemig who recently compiled a list of biblical questions as part of a collaborative pedagogy group. Many of the questions cited in this article were also cited by her. 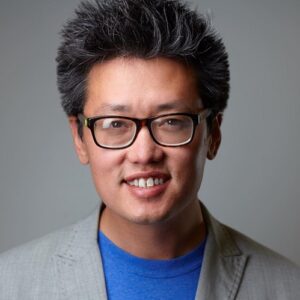 Esther 4:11-14 – Mordecai Urges Esther To Save Her People

Paul Hated Women — Or Did He?