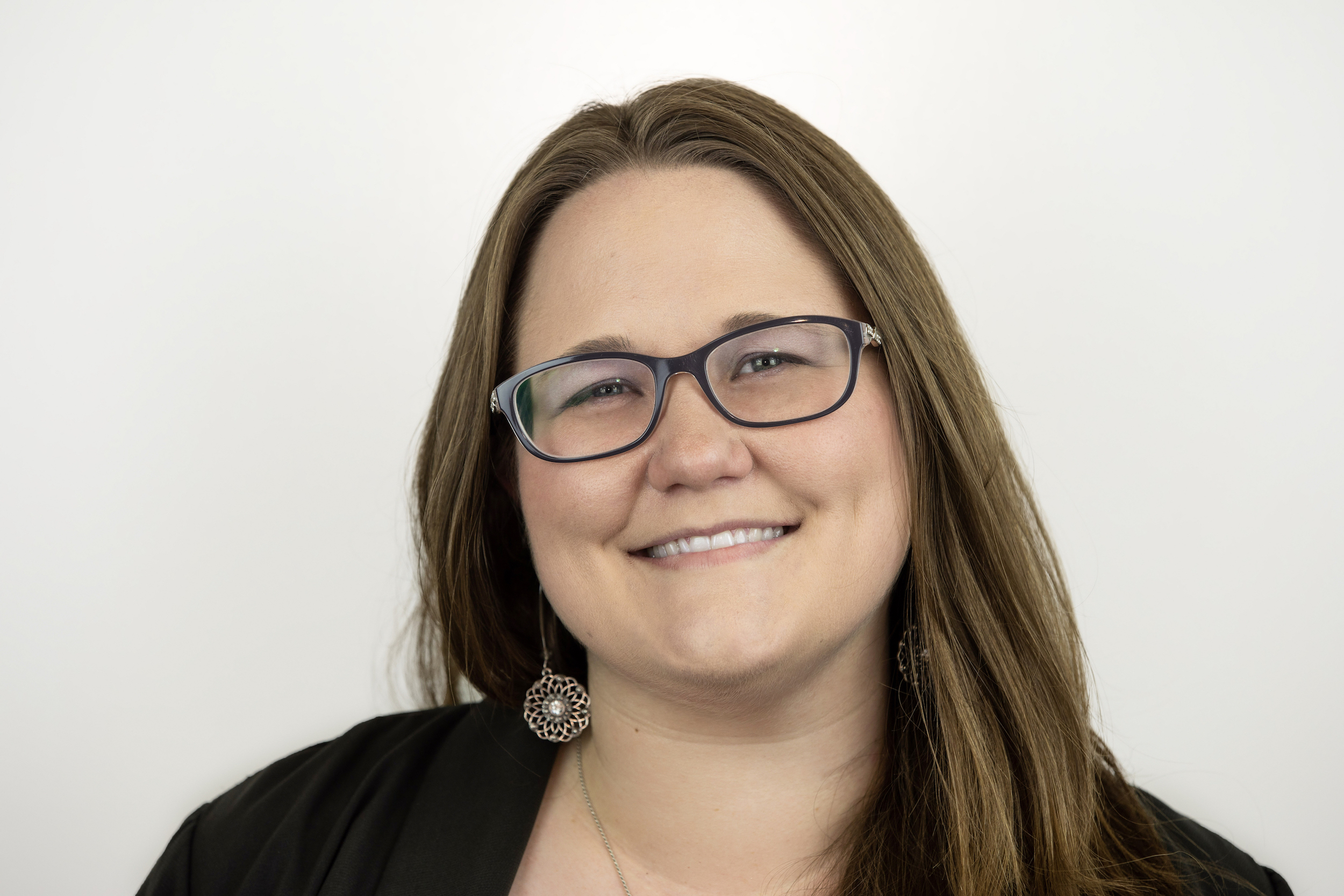 The Lord speaks to Moses at the “tent of meeting” (the tabernacle) and instructs him to speak to the Israelites. The statement, “The LORD spoke to Moses,” is repeated many times throughout Leviticus, followed by the content of God’s speech, that is, the laws.

MosesProphet who led Israel out of Egypt to the Promised Land and received the law at Sinai receives detailed instructions on how to conduct various sacrifices: burnt offerings, grain offerings, offerings of well-being, sin offerings, and guilt offerings.

A. The Ordination of AaronMoses’ brother and spokesman, and Israel’s first high priest. and His Sons (8:1-36)

Acting on God’s instructions, Moses ordains Aaron and his sons into the priesthood. The ordination ritual uses special vestments, sacrifices, and anointing with oil. After the ritual, Aaron and his sons are instructed to remain at the tabernacleThe tabernacle, a word meaning “tent,” was a portable worship place for the Hebrew people after they left Egypt. It was said to contain the ark of the covenant. The plans for the tabernacle are dictated by God in Exodus 26. for seven days, which is the period of ordination.

The Israelites assemble in front of the tabernacle on the eighth day, and Aaron and his sons offer sacrifices for themselves and for the people. The glory of the Lord appears to the people, and fire comes out from the tabernacle to consume the sacrifices.

Aaron’s sons Nadab and Abihu offer “unholy fire” at the tabernacle and are consumed by fire from the Lord. Aaron and his remaining sons are forbidden to mourn, but the Israelites are allowed to do so.

The Lord speaks to Aaron directly, instructing him about his duties to “distinguish between the holy and the common, and between the unclean and the clean” (10:10).

Eleazar and Ithamar, Aaron’s two remaining sons, treat the sin offering incorrectly and are reprimanded by Moses. Aaron speaks to Moses, and the issue is resolved.

The Lord gives laws to Moses and Aaron about clean and unclean animals, that is, those that can be eaten by the Israelites, and those that are forbidden to them.

The Lord instructs Moses about the ritual impurity of a woman after childbirth and the sacrifices prescribed for her to become clean again.

Moses and Aaron receive detailed instructions about skin diseases: the different kinds of skin disease; when a person should be confined and/or declared ritually unclean by the priests; what should be done with clothing or houses infected by “skin disease” (mold); and the purification ritual for a person healed of a skin disease.

The Lord instructs Moses and Aaron on the ritual impurity of bodily discharges, such as blood and semen, and prescribes procedures for restoring ritual purity.

Moses receives instructions from the Lord about the Day of Atonement, the one day a year when the high priestThe high priest was the most powerful priest in the temple in Jerusalem. The high priest Caiaphas held the office during the trial of Jesus. Later, in the New Testament book of Hebrews, the role of merciful high priest is ascribed to the resurrected Jesus. enters the holy of holiesThe holy of holies was, in the Old Testament, the tabernacle’s inner sanctuary that housed the ark of the covenant and its mercy seat. The space was separated from the rest of the holy place by a veil and was visited only once a year…, the innermost part of the tabernacle where the ark of the covenantThe ark of the covenant was a box or chest that God commanded the Israelites to make from wood richly adorned with gold. The ark was built to contain the tablets of the covenant (the Ten Commandments). The ark served as a mobile shrine to… resides. The high priestA priest is a person who has the authority to perform religious rites. In New Testament times priests were responsible for daily offerings and sacrifices in the temple. offers there sacrifices for himself, his fellow priests, and the people, to atone for sin.

Marked by the refrain “I am the LORD,” these chapters of Leviticus are commonly called the Holiness Code by biblical scholars. These chapters are concerned not so much with sacrificeSacrifice is commonly understood as the practice of offering or giving up something as a sign of worship, commitment, or obedience. In the Old Testament grain, wine, or animals are used as sacrifice. In some New Testament writings Jesus’ death on the cross as the… and ritual purity/impurity as they are with ethics and holyHoly is a term that originally meant set apart for the worship or service of God. While the term may refer to people, objects, time, or places, holiness in Judaism and Christianity primarily denotes the realm of the divine living.

Instructions are given for the slaughtering of animals for food. The eating of blood is prohibited.

The Lord gives instructions to Moses about prohibited sexual practices and warns that the land will be defiled if the Israelites engage in such behavior. A theme is sounded here that is repeated throughout the rest of the book: the Israelites are to distinguish themselves from the nations around them, who do not follow these laws.

The Lord gives laws to Moses for the Israelites. These laws govern many aspects of life: the Sabbath, sacrifices, harvest, sexual matters, agriculture, the occult, respect for elders, and justice in legal matters and in the market. A refrain is repeated many times, “I am the LORD your God.” The Lord calls the people to holiness: “You shall be holy to me; for I the LORD am holy, and I have separated you from the other peoples to be mine” (20:26).

The Lord gives laws to Moses for the priests, who must maintain a higher form of holiness than the general population.

E. Laws Concerning the Offering of Animals at the Tabernacle (22:1-33)

Moses receives instructions from the Lord about who can eat the meat of sacrifices and about what kinds of animals are acceptable as sacrifices.

The Lord instructs Moses about the appointed festivals the Israelites are to observe: the SabbathSabbath is a weekly day of rest, the seventh day, observed on Saturday in Judaism and on Sunday in Christianity. In the book of Genesis, God rested on the seventh day; in the Gospel accounts Jesus and his disciples are criticized by some for not…, PassoverPassover commemorates the deliverance of the Hebrew people from Egypt as described in the book of Exodus. It is celebrated with worship and a meal on the fourteenth day of the month called Nisan, which is the first month of the Jewish year. The time…, the Festival of Unleavened Bread, the Offering of First Fruits, the Festival of Weeks, the Festival of Trumpets, the Day of Atonement, and the Festival of Booths.

The Lord instructs Moses about the tabernacle lamp and the bread offered weekly in the tabernacle, bread to be eaten only by the priests.

The son of an Israelite and an Egyptian blasphemes the name of God and is killed, according to the word of the Lord. The Lord also instructs Moses about the punishment for murder and bodily injury: “eye for eye, tooth for tooth” (24:20).

I. The Sabbatical Year and the Year of JubileeJubilee is a time of celebration and rejoicing. Hebrew law, as prescribed in Leviticus 25 and 27,  declared every fiftieth year to be a jubilee year during which time slaves would be emancipated, debts would be forgiven, and even the land would be allowed to rest. (25:1-55)

The Lord promises blessings for the Israelites if they obey the laws given to them, and curses if they do not obey. The curses include exile from the land of Israel, but the Lord promises not to destroy the Israelites completely for the sake of the covenantA covenant is a promise or agreement. In the Bible the promises made between God and God’s people are known as covenants; they state or imply a relationship of commitment and obedience. made with their ancestors–with AbrahamGod promised that Abraham would become the father of a great nation, receive a land, and bring blessing to all nations., IsaacSon born to Abraham and Sarah in fulfillment of God’s promise, and JacobThe son of Isaac and Rebekah, renamed Israel, became the father of the twelve tribal families.

Moses receives instructions about the making of vows; the consecration of houses, land, and animals; and the offering of other things to the Lord.

The last verse of Leviticus sums up the setting for the book: “These are the commandments that the Lord gave to Moses for the people of Israel on Mount Sinai.”