After the death of SolomonThird king of Israel who was known for wisdom and building the first Temple, the United Monarchy split into two kingdoms with the defection of the ten northern tribes under the leadership of Jeroboam IThe first king of the northern kingdom when Israel separated from Judah.

The southern kingdomThe Southern Kingdom consisted of two tribes of Israel, Judah and Benjamin. Jerusalem was its capital, and the kingdom lasted from 931-586 B.C.E. As with the Northern Kingdom many of the kings were wicked, and prophets like Isaiah, Jeremiah, and Ezekiel spoke their often judgmental... of JudahJudah was the name of Jacob's fourth son and one of the 12 tribes., essentially the tribes of Judah and BenjaminA son of Jacob and tribe of Israel. that remained loyal to RehoboamThe son of Solomon during whose reign the kingdom divided into north and south, maintained its capital in Jerusalem and enjoyed three-and-a-half centuries of Davidic kings upon the throne. Perched on a hill, Judah was limited to producing cereal crops, vines, olives, and sheep. With no access to the sea, trade was restricted. IsaiahIsaiah, son of Amoz, who prophesied in Jerusalem, is included among the prophets of the eighth century B.C.E. (along with Amos, Hosea, and Micah)--preachers who boldly proclaimed God's word of judgment against the economic, social, and religious disorders of their time. of Jerusalem addressed the political situation of Assyria’s threatening posture in the context of the Syro-Ephraimite war.

The northern kingdomThe Northern Kingdom consisted of ten of the twelve tribes of Israel and lasted for 200 years until it was destroyed by Assyria in 721 B.C.E. In the northern kingdom the kings were evil. Prophets like Elijah and Amos railed against them and their evildoing. of Israel, however, lasted two hundred years under a succession of dynasties unrelated to DavidSecond king of Israel, David united the northern and southern kingdoms.. At times, due to their lush valleys and access to ports, Israel enjoyed a position of prosperity, power, and prestige unrivaled by Judah. For example, the efficient administration of Omri (876-869 B.C.E.) so impressed Assyria that Israel was called the “House of Omri” a century after the end of his dynasty. Jeroboam IIThe king of Israel (786-746) during a time when Israel increased in prosperity and power.  Although Jeroboam's policies brought prosperity to some in Israel, especially those who dwelt in the cities, the suffering of the poor also increased.  Tthe prophet Amos criticized Jeroboam for lack... (786-746 B.C.E.) expanded the borders of Israel to their old Davidic extent. At other times, Israel experienced internal strife. Eight of their nineteen kings came to power through assassination. Close proximity to Canaanites meant constant temptation to worship their god, Baal. The prophets AmosProphet to the northern kingdom who condemned Israel's oppression of the poor, calling for justice to "roll down like waters.", HoseaProphet to the northern kingdom who married a prostitute to show God's relationship to a faithless Israel, Micah, and Isaiah announced God’s judgment upon Israel.

The division of the kingdom resulted from Solomon’s oppressive policies; the incompetence of Solomon’s son, Rehoboam; resentment that David, a southerner, had replaced SaulThe first king of Israel; and the fact that Jerusalem’s importance as a worship center diminished the significance of Bethel, Shechem, and DanA son of Jacob and tribe of Israel..

In addition, the looming presence of Assyria dominated this period. Having consolidated its control over Babylon in the south, the Neo-Assyrian Empire was determined to expand to the west, especially under the following rulers: 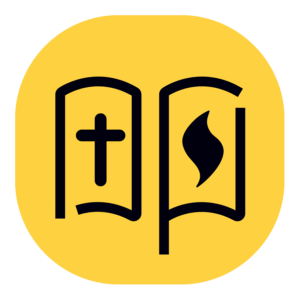