God Is Still With You

Author Tom Park reflects on Joseph's story in Scripture and articulates that even in our darkest hardships, God is still with us.

7 And God sent me before you to preserve for you a remnant on earth, and to keep alive for you many survivors. 8 So it was not you who sent me here, but God. He has made me a father to Pharaoh, and lord of all his house and ruler over all the land of Egypt (Genesis 45:7-8 [ESV]).

The past two years have been challenging for many, and I have also suffered. Being let go from a place of employment due to finances was painful. I thought to myself that I might perhaps retire someday from that job. However, the pandemic shattered my hopes and plans.

When I look at my situation, the story of Joseph comes to mind. JacobThe son of Isaac and Rebekah, renamed Israel, became the father of the twelve tribal families loved Joseph because his favorite wife, RachelLaban's younger daughter and Jacob's second wife, gave birth to the boy. Knowing that he was his dad’s favorite, Joseph behaved like a brat, incurring his jealous brothers’ ire. It is shocking to find out that some of Joseph’s brothers wanted to kill him. However, with the intervention of his brother JudahJudah was the name of Jacob's fourth son and one of the 12 tribes., Joseph’s life was spared but sold to be enslaved in Egypt. To conceal what actually happened, his brothers slaughtered a lamb and put the innocent victim’s blood on Joseph’s coat, which was the token of his father’s love. The blood-drenched coat of many colors brought uneasy closure to Jacob of his Son’s death.

Meanwhile, Joseph became a slave to Potiphar. The LORD was with his father’s favorite son turned into an enslaved person. His master trusted him and gave him authority over the Potiphar’s householdA household is a living unit comprised of all the persons who live in one house.  A household would embrace all the members of a family, including servants and slaves.  In the book of Acts, stories are told of various persons and their households, like.... However, his hard work and ethical living ironically brought hardship to Joseph. The false accusation of Potiphar’s wife sent the Hebrew man to the royal prison. Even during this dark period, God was with Joseph. The God of AbrahamGod promised that Abraham would become the father of a great nation, receive a land, and bring blessing to all nations., IsaacSon born to Abraham and Sarah in fulfillment of God's promise, and Jacob did not abandon the favorite Son of Jacob.

By interpreting dreamsDreams often have potency and predictive power in the Bible, for they were seen as messages from God. In the Old Testament Joseph dreamed about the seven fat and lean years. In the New Testament Joseph dreamed about escaping to Egypt with Mary and Jesus. with the LORD’s help, Joseph gained notoriety. Although Pharaoh’s cupbearer promised to remember his former fellow inmate, Joseph was quickly forgotten until Pharaoh inquired for an individual to interpret his dream. At the crucial time, Pharaoh elevated Joseph to the position of power to prepare for the impending famine. The news of well-stocked storehouses spread fast and wide, and Joseph’s family heard that there was food available in Egypt.

Joseph could have been bitter and resented God for his misfortunes. However, he recognized that the LORD sent him to Egypt to save others, especially Joseph’s family members.

Genesis 45:7-8 is a help to individuals who are struggling to reorient themselves. God is always with us, just as the divine was with Joseph. The LORD was with Jacob’s favorite son in the prison cell and his opulent palace. God will use my hardships as an opportunity to serve God and my neighbors. I am confident that Joseph experienced racism in Egypt because Egyptians looked down on Hebrews. They did not even eat with them. What helped Joseph rise to prominence in the active opposition by saboteurs? The LORD made Joseph successful.

My friends, God is with you, and the LORD loves you. God’s love is manifested in Christ. JesusJesus is the Messiah whose life, death, and resurrection are God's saving act for humanity gave up his life on the cross to break the spell of hatred of racism and ethnocentrism. God will help us fight against hate, systematic racism, and injustice with God’s unfailing love.

Tom Park is a pastor and scholar who spent over 30 years in the United States. Currently, Dr. Park teaches at a Lutheran seminary in South Korea. However, his responsibility is to be a theological educator in Taiwan. By living in the U.S., Pastor Park experienced racism. God’s love shaped him to love and see others the way Christ sees. Tom’s goal is to share the love of Christ with others, to transmit God’s grace and forgiveness.
All Posts

Genesis 15:1-6 – Abraham Believed and It Was Reckoned to Him as Righteousness

Light Shines in the Darkness 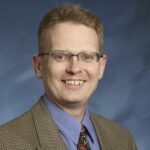 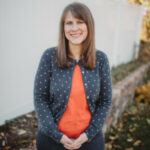